As per an investigation by Greek City Times it was revealed that Turkey has been an integral part of the warfare to aid Pakistan in its disinformation campaign against India.

It has been reported that Pakistan’s ISI is taking help from Kashmiri journalists living in Turkey with separatist bent of mind to discredit India.

It also revealed that Ali Keskin operating from Turkey, is a key link between the ISI and Turkish intelligence. Sources suggest that he is the central figure responsible for coordination between the Pakistani and Turkey on information warfare.

The pinned tweet on Ali Keskin’s Twitter handle contains a picture of the Turkish and Pakistani flags and reads – “Pakistan is not alone”.

It was noticed that tweets mouniting to ‘war-mongering’ were shared by Ali Keskin and were further spread mostly by Pakistani handles.

According to the sources cited by Greek City Times, Keskin is the key figure responsible for collaboration between the Pakistani ISI and the Turkish intelligence agency (MIT) on information warfare. A review of Keskin’s Twitter feed indicates that he has peddled hundreds of propaganda content against Greece, UAE, Israel and France.

“Several investigations by news organisations have revealed that disgruntled with the emerging India-UAE ties, Ali Keskin, with the help of his amplifiers in Pakistan, began a hashtag #BoycottUAE, which became a top trending hashtag within a couple of minutes,” the Greek City Times report said.

“Geopolitical experts believe that countries like Greece, India, the UAE and France should come together to hit hard on the nexus so that it ceases to be a threat,” Antonopoulos wrote.

He further stressed that these countries should collectively urge the new US administration to ensure that the United States is not used for the activities of extremist and anti-state actors that could jeopardise peace across the world. 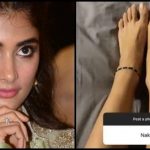 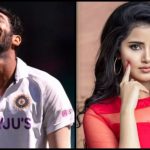