Celebrities have faced a terrible experience. We can’t expect to change things overnight, we have to do it brick by brick and results can be expected only in the long run.

Case in point, Indian film actress Pooja Hegde had an interaction with her fans and followers on social media in which she posted pictures on requests. In doing so, she sharing images of herself wearing bikini, a strange selfie, a candid scene on her bed and one without makeup too.

One of the perverts requested the actress for a naked pic. She posted a photo of her feet and wrote the word “NAKED” on it. What an epic reply!

On her workfront, she is currently working on ‘Radhy Shyam’ with Prabhas. She made her acting debut in ‘Mugamoodi’ which hit the screens in 2012, directed by Mysskin and starred Jiiva and Naren. Although the movie failed to reach the people, she entered Tollywood and then to Bollywood where she appeared in a notable number of big budget flicks opposite top heroes. 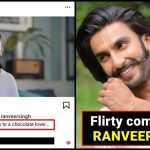 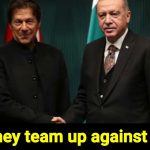