Back in the 20th century, our ancestors played their roles effectively in the chapters of life. They were the ones who chipped in with brilliant thoughts before their ideas turned out to be a revolutionary invention.

They were always extra-motivated to do something creative and it’s because of such inventors, the world saw a great transition and transformation. Nobody knew what Air conditioner exactly was in those days until Willis Haviland Carrier made a ground-breaking invention.

Let’s take a glimpse at the AC inventor, Willis Haviland Carrier how he managed to convert his realistic dream into reality.

Carrier was born on November 26, 1876, Buffalo, New York. He studied at Cornell University and graduated in the year 1901 with a BSE degree.

He was an American engineer specifically into the stream of inventing modern air conditioning. What really started as an idea for Willis Carrier, turned out to be the biggest turning point of his life when he invented the first ever electrical air conditioning unit in 1902.

Like other inventors, Carrier too had a lot of patience in experimenting simple things. After several rounds of testing and analysing, his invention was worth its weight in gold. 13 years later, he created a new brand called Carrier Corporation, a company specialises in the manufacture and distribution of heating, ventilation, and air conditioning (HVAC) systems.

The 1902 invention marked the birth of air conditioning due to the addition of humidity control, which led to the legality by authorities in the stream that A/C must perform four fundamental functions. It should be able to control temperature, control humidity, control air circulation and ventilation and cleanse the air.

With the start of World War I in 1914, the Buffalo Forge Company, where Carrier had been running for 12 years, decided to restrict its services and activities entirely to manufacturing field only. The outcome was that 7 budding engineers gathered together their life savings of whopping $32,600 to form the Carrier Engineering Corporation in New York on June 26, 1915.

The company made its mark in the country which also gave visitors an idea about air conditioning, but before it hogged the limelight, World War II started. During the post-war economic boom of the 1950s, the evolution of air conditioning started to pick up the pace and attained tremendous growth in popularity. Today, air-conditioning and HVAC is an important element in many American homes.

In the year 1930, Carrier started Toyo Carrier and Samsung Applications in Japan and Korea respectively. Today, South Korea is the largest producer for air conditioning worldwide. The Carrier Corporation instigated the plan, design and manufacture of refrigeration machines in order to cool large spaces.

A small idea turned out to be a revolutionary invention as ACs are playing a major role in American society. It was all possible because of increasing industrial production in the summer season.

Well, the introduction of residential air conditioning in the 1920s paved way for the great migration to the Sunbelt. The firm became a subsidiary of United Technologies Corporation in the year 1980.

Willis Carrier’s contributions to science and industry helped him earn an engineering degree by Lehigh University in 1935 and an honorary Doctor of Letters degree by Alfred (NY) University in 1942 and in the same year, Carrier was awarded the Frank P. Brown Medal.

The inventor of modern air conditioning passed away on October 7, 1950, and was inducted posthumously in the National Inventors Hall of Fame in 1985 and the Buffalo Science Museum Hall of Fame in 2008. 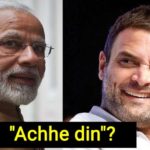 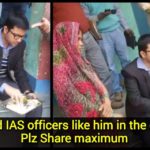