In a major development, the Karnataka government will soon bring anti-cow slaughter law in order to protect cows from being slaughtered.

This move comes after the Uttar Pradesh government passed an ordinance for protecting cows. The BJP had mentioned in its manifesto during the 2018 assembly election that no slaughter of cows will happen after their party came to power.

“Safeguarding cows in Karnataka has been one of the top priorities of the BJP. There will be a complete ban on consumption of beef,” Chouhan said. “Every effort will be taken to ensure that the bill is passed in the next assembly session. It is mentioned in our election manifesto and we plan to fulfill that promise.”

Karnataka Minister has said that he will talk to Karnataka CM BS Yediyurappa about the same and if the coronavirus epidemic situation will return to normalcy by the next session, the state assembly will try to introduce an anti-cow slaughter bill and Preservation of Cattle Bill.

If the law is enacted, along with a prohibition on slaughter, sale, and use of beef, illegal transportation of animals for slaughtering will be stopped, the release said.

He also stated that there will be a team of experts to look into once the COVID pandemic situation eases, and if required the team of experts will visit states like Uttar Pradesh, Gujarat, which have already implemented similar laws.

Meanwhile, CM Yediyurappa on Friday said that some people from his staff have tested positive for coronavirus, as a result of which he would work from home. In a statement, Yediyurappa said, “I am going to discharge my duties from home from today for the next few days in view of some of the staff in the office-cum-residence Krishna testing positive for coronavirus.” He said he would interact with people online to provide necessary directions and suggestions. Noting that he was healthy, Yediyurappa appealed to the people not to panic. 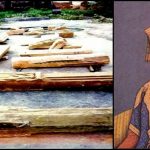 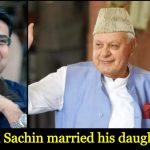