The round of confabulation

In an exclusive interview with Times Now, Khursheed Kasuri, Pakistan foreign minister spoke to the acclaimed journalist, Arnab Goswami on Frankly Speaking on the perspective that Pakistan might be involved in the 2007 Samjhauta blasts in Panipat. Kasuri dismisses the possible allegations made on Pakistan and repeatedly persuades Arnab to wait for the investigation. Goswami also asserted that he doesn’t trust the police and the security agencies in South Asia as their verdict is always coherent with what their leader says and the outcome may take the shape of religious/regional conflict.

Kasuri was asked for his opinion if the Indian agency provides adequate evidence, Pakistan must atone for the tragedy. Kasuri refutes as there were reports of  Pakistanis dying in the accidental blasts and it too should be investigated.

The minister was barely canvassed when ISI decided to stop the interview midway. Arnab was taken aback when the PAK Military Attache rebukes him, says ‘’You have taken your time. You had requested for 10 minutes’’. ISI condemns the show, calling it an interrogation as the reporter allegedly bashed Pakistan on national television instead of being professional.

“My ideas are not inquisitive. I ask equally tough questions to anyone’’ says Arnab Goswami.

Arnab, fully aware of his rights, protested that he has the right to ask a question. He sarcastically remarks that he is neither a police officer nor a Journee came late in this profession. Arnab requests to allow him to complete the interview and calls it inappropriate to limit the number of questions. He represents a responsible media group and must act as a responsible journalist. Kasuri finally gives in to Arnab’s resilience and agrees to finish the interview, much to PAK ISI’s disapproval. Watch the interview below… 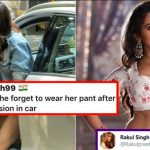 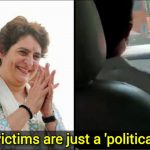