Former US President Barack Obama’s memoir ‘The Promised Land’ has caught people’s attention from all over the world including India for its description of world leaders and their antiques. The first volume of his 768-page memoir titled, ‘A Promised Land’ covers the first term of his Presidency and is set to release on Tuesday. In India, the book caused a huge uproar over Obama’s unflattering statement on former Congress president Rahul Gandhi.

Making crucial observations about ex-Indian Prime Minister Manmohan Singh. Obama wrote, “Singh and I had developed a warm and productive relationship. While he could be cautious in foreign policy, unwilling to get out too far ahead of an Indian bureaucracy that was historically suspicious of U.S. intentions, our time together confirmed my initial impression of him as a man of uncommon wisdom and decency…. What I couldn’t tell was whether Singh’s rise to power represented the future of India’s democracy or merely an aberration.”

Referring to Manmohan Singh as wise, thoughtful and honest, Barack Obama said that Sonia Gandhi chose Manmohan Singh as the Prime Minister of India as he posed no threat to Rahul Gandhi. “In fact, he owed his position to Sonia Gandhi…more than one political observer believed that she’d chosen Singh precisely because as an elderly Sikh with no national political base, he posed no threat to her forty-year-old son, Rahul, whom she was grooming to take over the Congress Party,” the former US President wrote.

Recalling his conversation with Manmohan Singh, Obama stated that Singh had told him that the call for religious and ethnic solidarity could be intoxicating and easily exploited by politicians in India and everywhere else during uncertain times. “He feared that rising anti-Muslim sentiment had strengthened the influence of India’s main opposition party, the Hindu nationalist Bharatiya Janata Party (BJP),” Obama wrote.

He has also reportedly written that Manmohan Singh was reluctant to retaliate against Pakistan after the 26/11 attacks and that decision caused him political damage.

At the conclusion of Barack Obama’s trip to India in 2010, the US President wondered about India’s political future when Manmohan Singh had come to see him off. “In the dim light, he (Singh) looked frail, older than his seventy-eight years, and as we drove off I wondered what would happen when he left office. Would the baton be successfully passed to Rahul, fulfilling the destiny laid out by his mother and preserving the Congress Party’s dominance over the ‘divisive nationalism’ touted by the BJP?” Obama has wondered.

“Rahul Gandhi has a nervous, unformed quality about him as if he were a student who’d done the coursework and was eager to impress the teacher but deep down lacked either the aptitude or the passion to master the subject”, Barack Obama had stated in his new book titled,’ A Promised Land.’

According to a book review by the New York Times, the autobiography by Obama is ‘more political than personal’. The book is reportedly is a harsh self-assessment by Obama of his Presidential tenure and his life including his first stirring of social awareness in his teenage years. The book also talks about his VP and the current US President-elect Joe Biden along with various other issues. 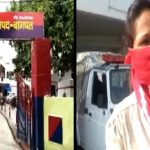 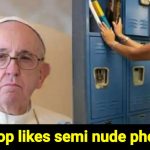