Geet Sethi was an unsung hero in his days and his story is one that needs to be told to modern-day sports fans in India. There was a time when Geet Sethi used to make India proud on the billiards table. Rightly so, he was called the king of billiards.

In the late 1980s, 90s and the first decade of the 2000s he had produced several significant performances and made a real case for himself as a successful athlete. He also did well in snooker for India but did not take part at the professional level.

Geet tasted his first success in the year 1982 when he bagged the Indian National Billiards Championship, beating legendary Michael Ferreira. He would then win the title between 1985 and 1988 and again in 1997 and 1998.

The peak point of his career came at the 1998 Asian Games when he won a gold and silver in different events. Geet repeated the success rate as he went on to bag a silver medal in 2002 along with a bronze too. He showcased his mettle in 2006 with one more bronze medal to his name.

Unfortunately, even after giving absolutely everything in the spot, Geet did not get the recognition he truly deserved. There is no denying that the Indian media has been giving non-stop coverage to cricket than any other sport in the country. Cricket has been dominating all other sports fields in the country. 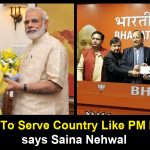 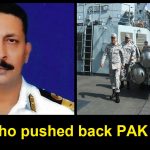