When it comes to dowry, we have stumbled upon a variety of strange stories where several women suffered serious consequences in India. Earlier, we must have heard about a bride gang-raped by her husband and brother-in-law on wedding night over dowry.

In another shocking incident, a man took an extreme step by allegedly burning his wife’s private parts after an argument over dowry. We’ve also heard a man posting his wife’s personal number, inviting people for sex.

The dowry-related incidents don’t just end here. We’ve also stumbled upon Flipkart co-founder Sachin Bansal’s wife accusing him of dowry and filing a case against him.

Now, let’s take a moment and salute BSF Jawan for refusing dowry in the first place. BSF Constable by the name of Jitendra Singh set a great example by putting an end to the age-old practice of dowry by not accepting INR 11 lakh cash at his wedding in Amba Bari Locality in Jaipur, Rajasthan.

Initially, Chanchal Shekawat, the bride and her family thought that they upset the wedding guests or their preparations were far from extraordinary. Needless to say, Jitendra made it very clear that he was always against dowry and would have never accepted the cash.

“I was shocked and initially thought either the family of the bridegroom wanted more money or they were unhappy with the arrangements. Later, we realised that he and his family were totally against the money being offered to them.” Govind Singh Shekhawat, father of Chanchal Shekhawat, as quoted by The Times of India.

Why Jitendra’s family decided to not accept dowry?

When the BSF constable posted in Chattisgarh was contacted by TOI, he added that the moment he found out that his fiancee had a degree in LLB and LLM and was also pursuing her PhD, he knew straight away that she would be good enough for his family. Instead of cash, he accepted Rs 11 and coconut, as a token of respect.

So, Jitendra’s family decided to not take dowry and disclose this to the bride’s family on the wedding day itself. Jitendra Singh’s father, Rajendra Singh added that they would be completely supportive of her higher studies given that she is preparing for Rajasthan Judicial Services (RJS).

“Chanchal is preparing for Rajasthan Judicial Services (RJS) and if she becomes a magistrate, this would be more valuable for our family than money,” Rajendra Singh, Jitendra Singh’s father as quoted by The Times of India. 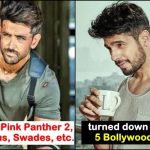