After the Balakot Air Strike when we were hearing the news on TV, our Indian Navy was protecting its territories in the Arabian sea from Pakistan Navy. We all know about the Balakot strike in which the Indian Air Force conducted massive airstrikes against militants in Pakistan in the aftermath of the Pulwama attacks. There are two types of heroes, one who acts in movies to entertain the audience to earn fame and reputation for the knack of his acting skills whereas the other takes risks to protect India’s interest.

Today, we are going to talk about such a brave Indian Navy officer who played a significant role after Balakot airstrike. Yes, we are talking about Commodore Jyotin Raina of the Indian Navy who has been given the Nao Sena Medal (gallantry) for his role in quick turnaround of naval warships in the aftermath of Pulwama attack and their deployment in the sea to deter the enemy in its own waters.

Raina is currently the Fleet Operations Officer of the Navy’s Western Fleet.

“In the aftermath of the Pulwama attacks, the officer, in a display of professional excellence, promptitude, vision and personal leadership of high standards, ensured that the Western Fleet re-oriented and was ready in all respects for meeting all operational tasks within a very rapid time frame,” the statement said.

It added that the officer had taken bold actions to ensure the turnaround of own ships despite presence of enemy submarines off harbours was based on conscientious planning.

Let’s know what strategy Pakistan Navy was making against India:

Pakistan Navy hatched a plot after the Balakot airstrike and they entered the Indian ocean in order to attack the Indian Navy. Pakistan submarine began to move towards Indian territory, just then Commodore Jyotin Raina and other navy officers came to know about their arrival in the ocean. Soon Raina pulled out its Navy from an exercise and deployed a major part of its fleet, including nuclear and conventional submarines, close to Pakistan territorial waters.

After the aggressive deployment of the naval assets by the Indian side, the Pakistan navy got the impression that the Indian navy might use its maritime force to avenge the killing of its 40 CRPF personnel in Pulwama attack carried out by Jaish-e-Mohammed.

Soon after the tensions spiked, the Navy had deployed over 60 warships, including the aircraft carrier INS Vikramaditya, along with its battle group as part of a rapid redeployment in the North Arabian Sea. Indian navy forced the Pakistan navy to stay deployed close to the Makran coast and not venture out in the open ocean. 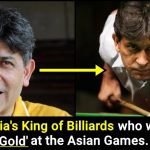