In a barbaric incident, a man from a certain religion took an extreme step by pouring acid on her wife’s face. The reason for him going to that extent and doing this inhumane act is shocking indeed!

In a modern-day world, women, in particular, like to dress to their likingness and they actually don’t care as to what others think about them because they want to look beautiful.

On the contrary, not all women get the freedom to wear a modern-day dress like the man’s wife. But when she tried doing so, her life became a hell all of a sudden.

As per the video, the man can be heard revealing the exact reason as to why he tortured his wife through and through. According to him, his wife wore clothes which he didn’t like and he thrashed her badly, cut her hair and then poured acid on her face.

“My wife wore clothes that I didn’t like, so I beat her up, cut her hair and then poured acid on her face. You would have done the same thing.”

Reporter: No, I wouldn’t have done the same thing.

Everybody must understand the value that women are not a property in this world. They are more respectable than men. They are made up of emotions- mother, sister, wife, daughter and friend- they are the best companion of men. 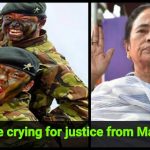 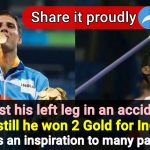