The ever-so dangerous ‘Cyclone Fani’ ripped through Odisha coast this morning with torrential downpour after which the storm started around 8 am, Indian Meteorological Department added.

The Press Information Bureau (PIB) posted a video on their official Twitter account to show the extremely devastating scenes caused by the cyclone at Puri.

“The sound and the fury: here’s what the landfall at Puri by #CycloneFani actually looked like”, PIB tweeted.

The video depicts trees moving wildly in the rain and wind. As per the MeT department, the wind smashed the coast at a speed of 150 to 175 km per hour and in fact, it was even higher at some places.

It has been said that more than 11 lakh people have been evacuated from coastal areas in the last day.

Even the tranquil sea in Chandipur is violent, according to officials.

Following the impact of Cyclone Fani, over 223 trains along the Odisha coastline in the Kolkata-Chennai route are cancelled. Areas in the town of Puri and other places were submerged in water as the rain smashed the coast, as per the officials.

Check out the terrifying videos below: 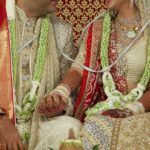 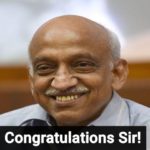