Farmers organized a massive tractor rally on Republic Day to protest against the newly passed farm bills. Protesters broke barricades, clashed with the police and then infamously hoisted the Nishan Sahib flag from Red Fort. This merely corroborated what the government has been saying for a while, that the agitation by farmers has been infiltrated by pro-Khalistan elements.

According to intelligence reports, the ISI, the Pakistani military intelligence agency, has given Rs 5 crore to the German chapter of the Babbar Khalsa International to pass on to cause trouble. The money was handed over to Babbar Khalsa chief Wadhwawa Singh and KCF chief Paramjit Singh Panjwar.

It isn’t just the ISI but Santokh Singh Lalli and Swaranjit Singh Gotra, both in Italy, and both pro-Khalistani, have also raised 200,000 British pounds. Joginder Singh Bassi in Canada has raised and transferred about Rs 3 crore.

The SFJ, based in the United States, has, of course, been very vocal. They have offered $250,000 to people for raising the Khalistan flag at the India Gate. And $1,000 for raising the Khalistan flag at the Singhu border. For people writing slogans opposing the farmer laws, there are large sums. Rs 10,000 has been offered for each trolley reaching the Singhu border. Any damage to a tractor or trolley will be handsomely compensated.

Online platforms have also been used to raise funds, sources said. There have been 34 fundraising campaigns on gofundme.com and them, collectively, have raised Rs 2.4 crore. There have been 13 Facebook campaigns and Rs 52 lakh raised. Otherwise, money is coming through, violating the FCRA regulations. 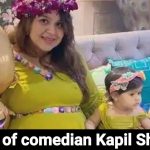 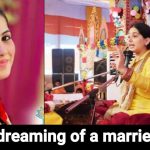