Ramanand Sagar’s Ramayan which was recently re-telecast on Doordarshan became the most-watched channel across the world with 7.7 crore viewers.

After seeing the popularity of epic shows like Ramayana and Mahabharata among people in the country, Pakistan decided to telecast the Turkish historical series ‘Resurrection: Ertugrul’ to grab audience attention.

Doordarshan (DD) brought the epic show Ramayan after over three decades on the demand of people amid shutdown. As the epic show hit the Doordarshan channel, it gained instant popularity worldwide. Today, Doordarshan has become the most-watched channel worldwide with 77 million viewers.

In response to India’s Ramayana, Turkey’s historical serial “Ertugrul” is now being aired on the state-run Pakistan Television (PTV). The serial has crossed 1 million subscribers so far.

“Now, it’s time to make history by reaching 6.6 million subscribers before May 26th, 2020 and make the #ErtugrulYouTubeRecord,” TRT Ertugrul PTV wrote on Twitter.

Pakistan has no historical and epic show to broadcast on television in order to entertain Pakistani citizens amid coronavirus lockdown. Therefore, Pakistan is telecasting Turkey’s historical TV serial to counter Ramayan.

PTV brought the historical show “Ertugrul” after seeing the huge popularity of the epic show “Ramayan” across the world. Pakistan Television (PTV) dubbed the series in Urdu on the demand of people. In a video, Pakistan’s Prime Minister Imran Khan was seen urging people to watch the series.

The series, based on the life and times of the 13th-century Muslim Oghuz Turk leader, Ertugrul, has taken Pakistan by storm. Ertugrul was the father of Osman, the founder of the Ottoman dynasty, which ruled a large part of the world for 600 years.

PTV gained instant popularity across the country after it launched the historical show Ertugrul. The serial has become the most-watched Urdu serial in Pakistan during the coronavirus pandemic as people are staying indoors.

This isn’t the first time a Turkish show is being broadcast on PTV. Other series such as Ishq e Mamnu (Forbidden Love), Mera Sultan (My Sultan), and Fatmagul have been aired on PTV. But Ertugrul has generated unprecedented interest among Pakistanis and garnered 1 million subscribers. 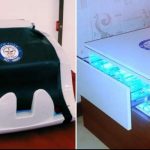 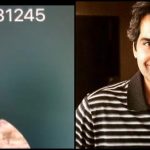