Yes, he was a God on the cricket field but above all, he is a good human being as well. Here are 10 instances why Sachin Tendulkar is a perfect gentleman.

#10. When he decided to celebrate his daughter Sara’s birthday in the slum areas and do charity instead of throwing a lavish party.

According to Sachin, everyone donates money for charity but it would be even more special to ‘donate time’.

#8. Sachin reveals the reason behind his success:

Ramakant Vitthal Achrekar is the reason! “Had it not been for Sir, I would not be the cricketer I turned out to be,” Sachin says.

#7. Sachin apologizes to his neighbours:

Sachin wasn’t particularly pleased with the construction work which was causing some kind of inconvenience to his neighbours and so Sachin went and personally said sorry to them. What a nice person!

#6. After when Sachin Tendulkar had scored his maiden century in young days of his career, he was asked for an interview and the Sachin told the journalist, “I need my captain’s permission.”

After Sachin scored his first ODI century (110 runs) which came against Australia way back in 1994, a journalist asked him if he can interview Sachin but Sachin refused to do it until he got permission from the captain.

#5. When he made his decision to retire from the game, but still went on to play a Ranji Trophy tie only to help his team and to steer the team to victory.

He could have easily focussed on the remaining two games against West Indies in his cricketing career. As every game is important for him, he also played the tie and lead Mumbai to glory. This sums up the essential Sachin Tendulkar for you!

Sachin and Harbhajan Singh went to meet the NSG commandos. In that meeting, he thanked them and described that they were the real heroes of India.

#3. When he thanked a taxi driver for his contribution

It was during India’s tour of Australia in 2007, Sachin thanked a taxi driver and he even left match tickets and T-shirts signed by the Indian cricket team at the reception of the hotel he had worked for.

#2. When God of Cricket showed his true colours off the field: took a Chennai waiter’s cricket advice seriously and changed his batting gear

Sachin Tendulkar took a Chennai waiter’s advice seriously and changed his batting gear. “He said my elbow guard restricts my bat swing. And he was 100 per cent right,” Sachin was quoted as saying.

Sachin Tendulkar with several records to his credit was seen playing some good brand of street cricket with hotel workers.

He did this just to make his friend’s wish to see him play some candid shots under street lights, come true. The video was caught by one of the guys over there and it became widespread all over the internet circle. 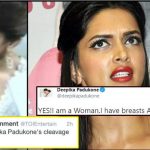 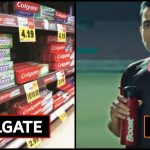