In sensational development, ten special townships will be built in Naya Kashmir (New Kashmir). Recently Home Minister Amit Shah held a meeting with Kashmiri Pandit in New Delhi in which it was decided that ten special townships would be created in all the 10 districts of the Valley for the resettlement of Kashmiri Pandits, who had to undergo mass exodus 30 years ago.

Kashmiri pandits who met Amit Shah in the meeting, expressed gratitude to the government for the abrogation of Article 370 and 35A. The meeting was headed by Home Minister Amit Shah and Kashmiri pandits requested the Home Minister to address the issues of displaced Pandits on a priority basis. The Pandits urged Amit Shah to take concrete steps for honourable and dignified return of the community to the Kashmir Valley.

While speaking to the media, Utpal Kaul, who was part of the delegation, said, “Amit Shah assures that special townships will be created in all 10 districts of Kashmir Valley for the rehabilitation of the Kashmiri Pandits.” “Amit Shah also says that all temples which have been desecrated and vandalised by the terrorists will be renovated again,” said Kaul.

According to reports, the blueprint of Naya Kashmir will get the renovation and rebuilding of temples destroyed and desecrated by terrorists in all the 10 districts. The Union Home Ministry has started working on the plan, which includes many rehabilitation schemes for Kashmiri Pandits who were forced to accept Islam or flee from Kashmir valley to other states in the early 90s soon in the wake of spread of terrorism in the state.

Union Home Minister Amit Shah had a meeting with a seven-member delegation of Kashmiri Pandits. In the meeting, Shah promised them to resettle all Kashmiri Pandits in their respective districts. Shah also assured that the age limit for government jobs will be extended for the community. 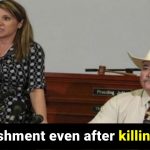 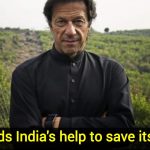