Vidhu Vinod Chopra’s Shikara: The Untold Story of Kashmiri Pandits has created a controversy after a Kashmiri woman slammed the director Chopra for not showing the ‘genocide of Kashmiri Hindus’ in the film.

The film ‘Shikara’ has hit the Indian Cinemas on 7 February 2020, but the director of the film is being criticized by Kashmiri Pandits who claim that the film does not portray the actual suffering of the community and it does not display crimes committed against the Kashmiri Hindus by Islamic terrorists.

A video of the woman went viral on social media in which she can be heard saying, “The genocide was not shown. My entire community burnt (inaudible)”.

Film Shikara, which stars Aadil Khan and Sadia in main roles, has caught everyone’s attention towards it after a woman belonging to the Kashmiri Pandit community broke down and lashed out at director Vidhu Vinod Chopra.

Slamming Chopra, who had gone to get public review of the film, the woman said, “Ye aapka commercialism aapko mubarakh ho (Congratulations on your commercialism) As a Kashmiri Pandit, I disown your film, I disown it,”

Taking out her anger on Chopra, Razdan said, “I couldn’t find a single scene related to genocide of Kashmiri Hindus. Moreover, there were scenes which indicated that Hindus were wrong and Muslims were completely right.”

“The outcry of this woman is not biased. This is a very genuine reaction. Moreover, the tagline of the movie has been changed,” Pandit said.

The video triggered an outrage on social media after it went viral as many people are standing by Divya Razdan’s statement and hit out at the director Chopra for hurting Hindu sentiments.

“Bollywood doesn’t have the guts to show the genocide on Kashmiri Hindus,” said a post on Twitter. “These guys made fun of horrific time Kashmiri Pandits went through. Disgraceful,” said another Twitter user.

Several people have come forward to boycott the film and said that the filmmakers have no right to play with the emotions of Kashmiri Pandits. 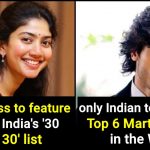