The report went on to add that Pakistan is flying armed surveillance bots in locations- Uri, Poonch, Rajouri, Nowshera and Sunderbani.

Recently, the security forces shot down several Pakistani drones that breached Indian air space. A Pakistani unmanned combat aerial vehicle (UCAV) was brought down in Gujarat. As per the security sources, Islamabad is taking every possible step to upgrade its Burraq UCAVs.

The Indian Army, the Indian Air Force and paramilitaries have been notified about Pakistan’s drone deployments reported by the BSF, the sources said. Surveillance and reconnaissance drones can be well equipped with a wide spectrum of weapons, such as missiles and laser-guided bombs, in a bid to lock and strike targets on land or in the air.

As per the security sources, Pakistan is trying to acquire at least 48 Wing Loong II drones from China, as part of one of the biggest ever military deals the two countries reached an agreement in October last year.

As China considers Pakistan as ‘all-weather ally’, both nations will together protect Islamabad’s military and economic interests including Pakistan-occupied-Kashmir, terrorists like Azhar, a security official said. 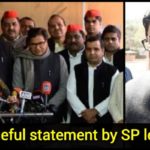 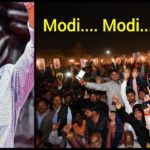