Bollywood is a well-known film industry across the world. However, In the year 2019, Indian cinema has hardly seen very few movies where the audience in the theater applauded at the end. Now, everyone is eagerly waiting for upcoming Bollywood movies which will soon hit the Indian cinemas. Let’s check out all Top 10 Upcoming Bollywood Movie in 2020 which will surely entertain you. So, make your plan accordingly for your favorite Bollywood movies.

The movie will hit cinemas on 10 January 2020. Deepika Padukone will portray the real-life story of acid attack survivor Laxmi Agarwal who was attacked by a 32-year-old man named Nadeem Khan (Guddu) when she refused to marry him.

Ajay Devgan and Kajol will be seen together on screen in the movie after several years. It will also star Saif Ali Khan as the nemesis Mughal commander Uday Bhan. The film will be released in India on 10 January 2020.

Varun Dhawan and Shraddha Kapoor will be seen together again on screen. The film is a sequel to ABCD 2 which will hit the cinemas on 24 January 2020.

This is a romantic comedy film directed by Imtiaz Ali which stars Sara Ali Khan and Kartik. Both stars will appear together on screen for the first time. The film is a sequel to Saif Ali Khan and Deepika Padukone starrer Love Aaj Kal. This film is scheduled to be released on 14 February 2020.

Gunjan Saxena: The Kargil Girl is an upcoming movie directed by newcomer Sharan Sharma and produced by Karan Johar. Janhvi Kapoor will play the role of Gunjan Saxena India’s first Air Force woman officer who made a great contribution during the Kargil war. The film will hit the Indian cinemas on 13 March 2020.

Sooryavanshi is an upcoming Hindi action film directed by Rohit Shetty. The film will star Akshay Kumar as the main lead in the fourth installment of his Police inspired series. The film will be released on 27 March 2020.

Ranveer Singh and Deepika Padukone will reunite on screen after a long time. Singh will portray the role of cricketer Kapil Dev who led the team to victory in 1983 world cup. The movie is expected to be released on 10 April 2020.

Gulabo Sitabo is an upcoming Indian family comedy-drama film directed by Shoojit Sircar. The film will star Amitabh Bachchan and Ayushmann Khurrana. The film will hit the cinemas on 17 April 2020.

Coolie No. 1 is a remake of the 1995 film of the same name (played by Govinda). This remake film will star Varun Dhawan and Sara Ali Khan, with Paresh Rawal in a supporting role. The film will hit the cinemas on 1 May 2020.

Laal Singh Chadda is an upcoming comedy-drama film directed by  Advait Chandan. The film is a remake of Tom Hank’s 1994 Hollywood film, will star Aamir Khan and Kareena Kapoor Khan in the main lead. The film is expected to be released on 25 December 2020. 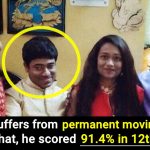