Bollywood is known for its talented actors all over the world. It has produced several legendary actors since it came into existence. Today, we are going to talk about the top 10 highest Bollywood actors.

1. Akshay Kumar is, well known as “Khiladiyon ka Khiladi”, one of the greatest actors in Bollywood and a good producer also. He is very conscious of his fitness. He makes more than any other Bollywood actor. Akshay runs his production, and he produced Airlift, Rustom, Pad Man, and more. From 2016 to 2018 Akshay has given 11 consecutive hit films. It is believed that he takes 50% of box office collection. In short, he does not charge, but he produces his movies and then take his share from profits.

2. Shahrukh Khan is known as King Khan of Bollywood. Forbes listed him in the list of highest-paid actors in Bollywood. However, he does not secure first place on the list. King Khan does not charge a penny to the producers if the script is good.

3. The highest-paid actor in Bollywood “Salman Khan” is known as Bhaijaan. He has played a role in several hit movies. He has a huge fan following. His screen presence compels his fans to fall in love with his films. Salman charges up to 60 crores for starring in each of his movies. He has been one of the most handsome actors in the world. He is the founder of Being Human.

4. Aamir Khan (Mr. Perfectionist) does only one movie every year. He has given several hit movies like 3 idiots, Taare Zameen Par, Ghajini, and many more. It is believed that he never charges a fixed amount for his films. If the movie works well at the box office, he gets his share.

5. The Big B of Bollywood and the biggest star of his era who has been entertaining millions of his fans with his acting for decades. People still love to watch his movies even after almost five decades of his debut. When Mr. Bachchan stars in a limited number of movies, he makes considerable revenue by charging up to Rs 20 crores per film. His brand endorsement charges are also worth a whopping 2.5 crore per advertisement. Brands like Dabur, Navratna Oil, ICICI Prudential Life Insurance, Gujarat Tourism, Kalyan Jewelers, Tata Sky, Dairy Milk, etc have Mr. Bachchan as the face for their ad campaigns.

6. High on energy and enthusiasm, a top-notch actor and one of Bollywood’s most frenzied of entertainers, Ranveer Singh commands a presence that is not always typical of an actor who has been in the limelight for some time now. A regular in the Forbes India’s Celebrity 100 list since 2012, Ranveer Singh’s net worth of a staggering 136 crores in Indian rupees is attributable to his claim of being one of the highest-paid Bollywood stars.

8. Ranbir Kapoor is known as a chocolate boy, who is an emerging superstar of Bollywood, he has proved himself that he deserves what he charges for every film. Just watch his films Rockstar, Tamasha, Barfi, and Yeh Jawaani Hai Deewani. His work in these movies shows his potential and his level of perfection.

9. Ajay Devgan is the silent star of Bollywood. He has been in Bollywood for several years. He has given numerous hit films and is well known for his film “Singham”. He always tries to do a different kind of genre. His style of acting has been admired a lot.

10. Last but not the least, Saif Ali Khan the Nawab of Bollywood charges 15 to 20 crore per film. He himself a rich person. Nowadays, he is working in Sacred Games which is being preferred a lot by people. 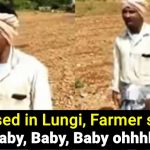 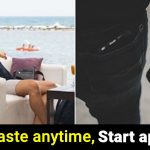