Do you remember taping your foot on Justin Bieber’s superhit song ‘Baby’? The song was released 10 years back and it broke all the records. Before you go back to memories of the song, here’s something that will bring an ear to ear smile on your face.

A viral video of a Karnataka farmer singing the track is doing the rounds on social media. The 26-year-old farmer identified as Pradeep HR who hails from Hiriyur in Chitradurga district in Karnataka, possesses an unmatched skill of singing. He not only plies his trade on the field but also sings Western songs.

But this time around, he sang Justin Bieber’s superhit song ‘Baby’. This song was released a decade ago and it broke all the universal records. The farmer decided to give the best shot and much to everyone’s surprise, the video received positive reactions.

The video clip was shared on YouTube, the 3.10-minute clip features Pradeep plying his trade on the field. After a short conversation, Pradeep sings and dances on Justin Bieber’s ‘Baby’ song. Dressed lungi and shirt, he not only sings in English accent but copies the dance moves too.

As reported by TNIE, Pradeep failed in English during his graduation and has only a little knowledge of the subject. “This was the time I developed an interest in the English songs and western music”, Pradeep said to TNIE.

Today, he sings songs in English, Chinese and Japanese.

The TNIE report goes on to add saying that Pradeep often entertains the local audience with his singing and dancing skills and even though most villagers do not grasp the language, they just enjoy his act. 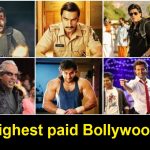