It seems like Good Newwz cannot catch a break. After the mammoth controversy, it faced for insulting Lord Ram. Soon after the trailer was released, Twitter was flooded with the clips of the particular scene in which Bollywood actor Akshay Kumar has said the dialogue. In the clip,, a man says “Mere Bache ka Naam Hola Ram hai kyunki vo Holi pe Paida hua tha” to which Akshay Kumar replies “Acha hua apka bacha Lohri pe paida nahi hua.”

People have criticized Akshay Kumar for uttering a dialog in the film ‘Good Newwz’ that the public found insulting to Lord Ram. The reason for their anger is a dialogue of Akshay Kumar in the film. Many have lashed out at Akshay Kumar for mocking lord ram who is believed to be the seventh avatar of the god Vishnu. Ram is an icon for the entire world, whose story has had a major socio-cultural and inspirational influence across South Asia and Southeast Asia.

As the filmmaker released another trailer of the comedy-drama, people broke out over a dialogue in Akshay Kumar’s Good Newwz. Akshay Kumar, also known as Khiladi of Bollywood, has appeared in over 100 films and has received several awards, including the National Film Award and two Filmfare Awards.

The actor is facing criticism for not only his dialogue but also his Canadian citizenship and has been trolled on Twitter. One user wrote, “Dear @akshaykumar you are Canadian citizen and we don’t have problem with it. But how dare you to Abuse Indian religion’s and Hindu gods of India? We indians will not tolerate it at all.” Another said, “A man coming from foreign country, making fun of our God Sri Ram and some Indians still supports him and idolise him.  Once a womaniser always a womaniser, he can never respect anyone, he’s here for money and gains only. Shame” 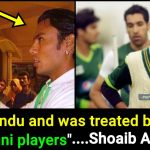 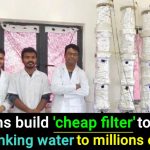