South Indian beauty Sai Pallavi has once again touched the pinnacle of success in her career as she became the only actress to feature in Forbes Indias 30 under 30 list. The rowdy baby actress has played powerful roles in Tamil, Malayalam, and Telugu films.

Sai Pallavi took to the popular social media app Instagram to share the good news with her fans and friends. She wrote: “I’m humbled and honoured to be listed in Forbes 30 under 30! @forbesindia #ForbesIndia30U30 of a Tweet by Forbes.”

The South Indian actress hogged the limelight after she performed the role of a teacher- ‘Malar’ in Malayalam movie ‘Premam’, which was her debut film in 2015. She was last seen in Malayalam film ‘Athiran’ opposite Fahadh Faasil.

The actress is riding high on confidence now, with her recent hit movies Athiran and Maari 2. She has also reportedly rejected a fairness cream brand endorsement deal worth 2 crore rupees. Usually, actresses would be looking forward to cashing in on to these types of deals so as to become rich but Sai Pallavi politely turned down the huge fairness cream brand that approached her for a commercial.

On the work front, Sai will be seen acting alongside Naga Chaitanya next in Love Story directed by Sekhar Kammula. Interestingly, she is also a part of Rana Daggubati starrer Virata Parvam.

Vidyut Jammwal is one of the most reputed and versatile actors in the film industry. He gives absolutely everything to entertain the audience. Moreover, he is well known for performing some unbelievable stunts on-screen and that’s his speciality.

His incredible hard work reaped him huge rewards as he has been featured as one of the top six martial artists across the world. Interestingly, he is the only Indian to have featured in the prestigious list selected by the most popular American website Looper.

According to the Times of India report, Vidyut Jammwal was quoted as saying, “This is indeed an honour. Recognition like this inspires me to work harder and moment makes me feel like a proud Indian. “A best martial artist should not only know how to defeat the contender but should take time to learn about him,” Jammal further added.

Chuck Russell who is the director of Vidyut Jamwal’s upcoming film “Junglee” also said, “It’s great to see Vidyut being noted as the rising star in action films across the world. He has a rare combination of cinematic charm and killer moves that will make him unstoppable after this film.

What really distinguishes Vidyut is his deep knowledge of the martial art Kalaripayattu and his understanding of its philosophy to not only protect and fight but also use it to heal. I had the pleasure of creating his role in Junglee to play his style of action supporting a positive message. I can’t wait for audiences to see it on the big screen.”

In reply, the Commando actor Vidyut said, “Chuck’s kind words are icing on the cake. Working with him on Junglee was like a dream come true. He pushed me to extract one of my best performances so far.”

Jammwal has brought global recognition to the Indian martial art form Kalaripayattu. He took to his official Twitter account to say,” One doesn’t find balance, we have to learn how to create it, by knowing what to keep and what to let go #kalaripayattu # balancing fearlessly.” 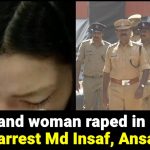 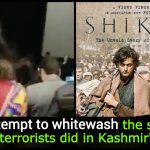