A Texas man who beat his daughter’s accused rapist to death moments after he spotted the man raping the 5-year-old girl, will not be given any punishment with his homicide, the officials confirmed in a statement.

The officials even released 911 tapes of the father calling for assistance as the accused molester died.

A grand jury decided not to charge or punish the 24-year-old father who beat Jesus Mora Flores to death with his bare hands, after identifying the man abusing his daughter behind a barn.

“I need an ambulance. This guy was raping my daughter and I don’t know what to do,” the father was heard telling dispatchers in an emergency phone call to 911.

The attack took place at an isolated ranch near Shiner, Texas. According to an eye witness, Flores “forcibly carrying” the girl into a private area and ran to find the father, as per the court documents.

After hearing his daughter’s screams, the father immediately found Flores and the girl, both with their underwear removed, as per police reports.

He pulled Flores off the five-year-old girl and “inflicted several blows to the man’s head and neck area,” as per documents.

The senior authorities who examined the girl and Flores’ body confirmed a sexual assault had happened.

ABC News does not name the victims of sexual attack and is not identifying the father in a bid to protect the minor girl’s identity.

The father called ‘911’ from a cell phone and did not quickly know his whereabouts and thus making it quite tough for emergency personnel to trace or locate him.

The father was never detained by the police, but Flores’ demise was investigated as a homicide.

“Under the law in the state of Texas deadly force is authorized and justified in order to stop an aggravated sexual assault or sexual assault,” District Attorney Heather McMinn told the media reporters at the press conference.

“All the evidence provided by the sheriff’s department and the Texas Rangers indicated that’s what was occurring when the victim’s father arrived at the scene,” she added in a statement.

With inputs from ABC News 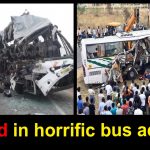 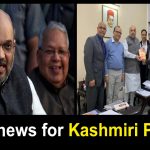