The Civil Services Examination (CSE) is considered one of the toughest exams in India conducted by the Union Public Service Commission. Everyone dreams to clear the Civil Services Exam, but very few are fortunate to crack the exam. Today, we are talking about such a woman named Kajal Jwala who cracked the exam in her fifth attempt, while many people hesitate to appear for the second attempt if they fail the civil services exam.

The girl who secured 28th rank in the UPSC Civil Services exam in the year 2018 failed four times before touching the pinnacle of success. This is an inspiring story for all those who have failed in an examination and after reading this, it will certainly give you the much-needed boost to perform well even after failures.

Kajal’s story teaches us grit, determination and to not give up no matter how hard the situation is. Well, it took her 5 attempts to finally crack the UPSC Civil Services examination.

Kajal’s journey started 9 years ago and since then she has been preparing for UPSC Civil Services exam. She is said to be a very simple girl who always had an innate sense of serving the Indian nation.

Kajal is a resident of Shamli, a small nondescript location in Haryana. Like all girls of her age, she completed her engineering graduation. She completed B.Tech in electronic communication from an engineering college in Mathura, UP. After her graduation, she started her career with a multinational company, Wipro where she was earning a reasonable sum of Rs 23 lakhs annually at Wipro.

In the meanwhile, her marriage was fixed with Ashish Malik who was employed with the American Embassy in Delhi. Finally, she got married, as do all girls of her age. Marriage was never a problem for her as her husband was very supportive. Now, there was nothing that could stop Kajal from touching the pinnacle of success.

Kajal said in an interview, “the shortage of time for me was the biggest challenge. The reason for my initial failure was a lack of time.” But Kajal never resorted to coaching and despite lack of time, she managed to secure 28th rank with selfie study.

As far as her preparation is concerned, Kajal says, “The UPSC’s syllabus is huge and reading newspaper is an integral part of preparation.” Every stage needs different strategies and this is what  Kajal did.

Only a successful person knows how many obstacles lying in her way to success, she had to clear to accomplish her ultimate mission. Many would argue that success is an everlasting journey, however, every one of us would agree that turning the biggest dream into a reality is no less than success since it brings a smile on face and happiness in life. 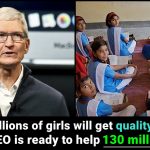 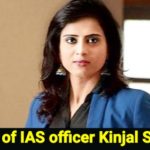