In good news, the Indian stock market hogged the limelight for the latest achievement India’s domestic and equity market outsmarted Germany to become the world’s seventh largest stock market with a staggering market cap of $2.1 trillion.

To recall that, Germany is Europe’s biggest share market and it is indeed a milestone for India to hit the headlines. According to Bloomberg data, Indian stock market, for the first time in seven years, has leapfrogged European’s largest economy.

The order of the 7 biggest stock markets in the world in terms of market capitalisation are as follows:- US, China, Japan, Hong Kong, UK, France, and India. At the end of 2017, India was ranked 9th despite its market cap being estimated at $2.4 trillion.

The milestone came soon after India’s massive returns as organizations rely upon domestic demand. For now, the Indian companies have raised roughly around Rs 6 lakh crore from equity and debt instruments in 2018. 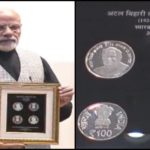 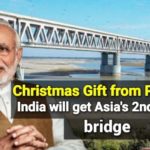