In shocking news, ten people including five women were electrocuted and burnt to death while 22 have reportedly been injured in Bus tragedy in Odisha.

The incident took place when the bus came in contact with a power transmission line in Golanthara area of Odisha’s Ganjam district on Sunday, officials said. Over 40 passengers are said to be on the bus during the incident. All passengers were traveling from Dankalpadu village to Chikarada to attend a pre-wedding function, while the groom was traveling in a car.

The mishap occurred near Mandarajpur when the bus was proceeding to Chikarada from Jangalpadu carrying around 40 passengers. The bus came into contact with an electric wire hanging on a side of the narrow village road. After which five people died on the spot, five others were declared dead at the hospital.

Police and fire officials rushed to the spot to monitor the rescue operation. All injured were admitted to hospital in Berhampur and all injured persons are being treated. Chief Minister Naveen Patnaik extended his condolence and announced an ex gratia of Rs 2 lakh each to the families of the deceased. He also announced that medical treatment would be provided to the injured for free, an official said.

State Transport Minister Padmanabha Behera stated that an investigation would be launched into the incident and strict action would be taken against the guilty. Union Petroleum and Steel Minister Dharmendra Pradhan also expressed condolence and prayed for the speedy recovery of the injured. 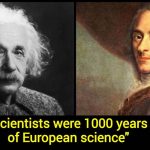