At least 20 people were killed and several others were badly injured in a fire disaster at Surat’s coaching centre in Gujarat. Some students were forced to jump off a commercial complex after it caught fire today afternoon. What started as a small spark turned out to be a disaster.

However, at the need of the hour, one hero appeared right in front of everyone. The man named Ketan Jorawadia is now being appreciated for his extraordinary tale of bravery during the incident. He put his own life at risk in sure death zone and went all out to save the lives of fellow citizens.

As per India Today, Ketan, without even caring about his life, boldly climbed on to the ridge of the building, and helped students get out safely.

It is cognisance of the fact that one of the main dangers of a building fire is suffocation and Ketan helped some of the students get out of the windows safely. According to a Twitter user, Ketan rescued at least 2 girls from falling off the building.

Investigations are now underway about the cause of the fire, and the owner of the coaching centre has been arrested. Further details are awaited.

Risking one’s life in a bid to save others’ lives is the fighter’s mentality and Ketan Jorawadia stood by this phrase with boldness and sheer presence of mind. Had it not been for his decisiveness, things could have been a different one altogether. Let’s take a moment to appreciate him by sharing this article! 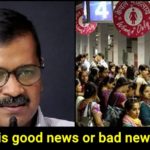