With Assembly polls due early in 2020 in the capital city, Delhi Chief Minister Arvind Kejriwal announced free Delhi Metro and DTC bus rides for women in the national capital.

The expenses of the free ride scheme will be carried on by the Aam Aadmi Party (AAP) government in Delhi and also the scheme for free rides for women was announced at a recent press conference.

Arvind Kejriwal highlighted that the scheme to offer free Delhi Metro and DTC rides has been announced so that women in the capital city have safe travel experience.

“On all DTC buses, cluster buses and metro trains, women will be allowed to travel free of cost so that they have safe travel experience and can access modes of transport which they were not able to, due to high prices,” he said.

He also went on to clarify that the subsidy will not be imposed on anyone and it is also learnt that the free ride scheme is optional.

Needless to say, the scheme is just seen as a proposal and no effective measures have been taken to launch this yet. Arvind Kejriwal added that he has given a week time to the Delhi government officials to make a comprehensive and detailed proposal to both DTC and the Delhi Metro.

He said, “I’ve given one-week time to officials to make a detailed proposal – for both DTC and metro – on how and when can this be implemented. We’re making an effort to start this within 2-3 months. We’re also seeking suggestions from people, regarding implementation.”

“Initially, we had told the Centre not to increase the price of tickets, they didn’t agree. We told them we’ve 50-50 partnership, let’s give 50-50 subsidy on raised prices, they didn’t agree. Delhi government will bear the fare of what we’re going to do. We needn’t take approval for this,” he said.

The proposal to make Delhi Metro and DTC rides completely free was made on Sunday in order “to encourage the women to use public transport”. 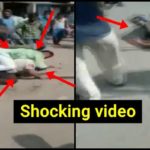 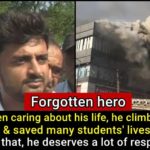