Selling kachoris is a form of employment and it is far better than being unemployed. People might think kachori seller hardly making some money but the reality is that he is making more money than the professional engineers and doctors. After reading this, people might consider opening a store to sell kachoris in their free time.

Do you know much does an average Kachori seller earn annually? lakhs! Yes, you read it right. However, in a strange turn of events, GST officials had once raided a shop selling Kachoris in Aligarh and learnt that the kachori owner had an annual income of Rs 60-70 lakhs.

The shop owner by the name of Mukesh Kumar has been running his small shop for more than 10-12 years in Aligarh. During the raid operation, Mukesh reportedly revealed details about his daily income, expenditure including a number of people working under him and based on the data, they calculated his annual turnover which is expected to be around Rs 70 lakh.

They also learnt that Kumar despite his high annual income did not have a GST registration. As per the GST Council notification, any business with an annual turnover of Rs 40 lakh is liable to pay Goods and Services Tax. The officials also added that as per rules the kachori seller is liable to pay 5% GST, which is levied on the food items. So, he will now have to pay an annual tax of Rs 3.5 lakh.

Kumar who said ‘yes’ to get a GST registration claimed that he was totally not aware of the rules. “I am not aware of all this. I have been running my shop for the past 12 years and no one ever told me that these formalities are needed. We are simple people who sell ‘kachoris’ and ‘samosas’ for a living,” Kumar told IANS.

After Kumar’s case, officials now start believing that there could be more such sellers in the city making even higher incomes but getting away with the tax.

This man quit his job at Google to sell Samosas, his company turnover expected to touch 5 crores

Everyone wishes to do their dream job. There is no one who wants to do a job which they are not interested in. Though we all dream of getting a job in a reputed company, very few of us actually get the offer because they push themselves beyond boundaries to accomplish their mission. Their ability to look at life with a fresh and positive perspective makes them a class apart.

Getting a job at Google is no small feat for most aspiring IT geeks. Life is settled when you get a job at Google. The company offers a handsome paycheck. You can take pride in being part of a multinational giant company. But have you ever heard of a guy quitting a high-paying job at Google to sell samosas? Quite shocking, isn’t it? But for Munaf Kapadia, he just had to quit the job in a bid to follow his passion.

To quit Google company for the sole purpose of selling samosas might be a stupid idea for others but not for Munaf Kapadia who followed his heart. Today, his business has a yearly turnover of Rs. 50 lakhs. He is now the proud owner of The Bohri Kitchen (TBK) in Mumbai.

Munaf did what he felt was right. He completed his MBA from Mumbai’s Narsee Monjee Institute a few years ago. He was then employed by Google. He started his venture at Google working abroad. However, after a few years, he looked at life from a different perspective. He decided to start a business on his own and so he returned to his motherland India.

Munaf’s mother Nafisa always had an eye for cooking. She is fond of watching cooking shows on television and is a great cook. He was taken with the idea of opening a food chain after picking up some important tips from his mother. Initially, he let a few people sample his mother’s spicy food. Gradually, The Bohri Kitchen started to gain a lot of customers.

There is a huge demand for TBK’s samosas among iconic celebrities and five-star hotels. Apart from samosas, Nargis, kebab, Dabba gosht and many other spicy recipes are being sold here. The idea to invite people over for a paid meal was a hit and that’s how The Bohri Kitchen, a concept food dining experience in Mumbai, was born.

There is a demand for TBK’s samosas among famous celebrities and five-star hotels. The company now has a turnover of Rs 50 lakh and it is expected to reach greater heights in the times to come. Munaf, the ambitious guy aims to expand and increase the yearly turnover to nearly Rs 5 crore in the coming years.

From letting people taste samples to making the people wait in long queues to get the samosas, Munaf’s TBK gained good recognition. Munaf couldn’t have asked for a better result and he credited his historic success to his mother. He was featured in the Forbes Under 30 list.

After losing his job in the recession, he started a vada pav business, earns 4.4 crores

When the recession struck the UK in 2009, people were forced to quit their jobs and Sujay Sohani was one among them who faced this terrible experience. Due to these circumstances that put him on the back foot, he didn’t go into a shell, usually cursing his fate because he has always thought there is life even after disappointments. He didn’t lose hope. He met his friend Subodh Joshi.

Both of them made up their minds and decided to start the new phase of life by selling their hometown Mumbai’s popular delicacy, “vada pav”, in London. Today, their annual earning is somewhere around Rs.4.4 crore. Their success story is an inspiration for those who lose their jobs and think that there is no life after failure.

Sujay Sohani made to rejuvenate his lost self by building a better self in all aspects. The duo turned the tides to secure their lives ever so well as they escalated from lows of disappointment to highs of development.

Sujay previously plied his trade as the food and beverage manager at a London five-star hotel. Sujay who share a great deal of camaraderie with Subodh became friends in 1999 when they were studying at Rizvi College, Mumbai.

They have always been in touch and contacting each other over the years. It was when Sujay lost his job after the recession hit the UK, he shared his unfortunate experience with his friend Subodh, telling him how he was so let down and heartbroken after losing his job.

It was only after their conversation, an idea sparked by their beautiful venture. On August 15, 2010, they resolved to make money for a living by launching their vada pav business, identified as Shree Krishna Vada Pav, at Hounslow High Street.

When both were about to start the business, they found it a tad difficult to find a perfect place to set up their stall. At the start, it was a Polish ice cream café owner who allowed the two of them to take someplace for their new venture. The rent was Rs 35,000 and both found it hard to make or arrange money initially due to the financial crunch.

When the journey started, they sold the vada pav at £1 (Rs 80) and dabeli at £1.50 (Rs 131). To draw some attention to this new delicacy in London, they distributed vada pav to the random passerby for absolutely free.

From arranging money for rent to amplifying their business, they have come a long way to accomplish their task and today, their business expanded very well to wide spectrums as their annual turnover is now close to Rs 4.4 crores.

The stall is now the centre of attraction with up to 60 varieties of Indian dishes available on their menu. This is called success. Let’s share their success story to inspire other youths of the nation. 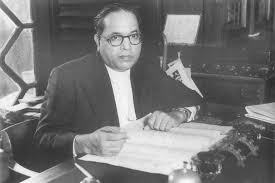 Ten quotes from Baba Saheb that would displease the Secularists

Bus Conductors who transformed themselves into Superstars | The Youth Special