A dog is a faithful animal and we just can’t figure out how much love dog has for us. It is the only living being that loves you more than it loves himself. That’s the beauty of it. A dog is the most loyal animal, especially to human beings. They don’t talk but they understand people completely based on the body language and their behaviours.

It was the dog that sprung into action to rescue the 14-year-old girl in Madhya Pradesh from being raped when no one else was there. The incident happened in MP’s Sagar where a girl was chased by two men. Seeing this, the girl’s pet dog came sprinting and bit one of the accused who was pinning her down.

The accused was later arrested and put behind the bars. This happened when the girl was out of the home as she was on her way to meet her grandmother. But little did she know that she would forcefully be picked by the accused Reshu Ahirwar and his friend Puneet who took her to an unoccupied place with an intent to molest her. 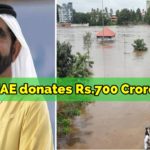