A police raid at the dance bar in Mumbai led to the arrest of 12 girls who hid themselves inside a specially-built hi-tech hidden cavity inside the walls, which could be operated only with a remote control device. It took the police close to an hour to locate the cavity.

This has been found for the second time in Mumbai. Dance Bars and Bar have been using such hide outs to keep women in them. These are very Hi-Tech. In a latest raid by Mumbai police, the Lotus Bar had a button which opened and closed the gates of the cavity without giving any hint of such a place.

The police received an anonymous tip-off that there were many girls working at the bar. As per rule, the bar is allowed to keep 4 girls but the bar had 12 girls. When police launched a search operation, they initially did not find anything. After hours of searching police went into the kitchen of the bar and was shocked to see that there was a switch which opens and closes the door of ‘hidden’ basement. Inside the basement there was a specially-built hi-tech hidden cavity.

Police went into the basement, found 12 girls there. The police then rescued all girls and sealed off the bar.

When police knocked at the walls, it sounded a little different which raised more suspension amongst them.

“We sought hammer and started hitting the wall and heard screams of the girls which confirmed their presence and hence, we told the bar owners to open. To our surprise, they brought a remote control which opened the automated door inside and found 10 girls hiding in 10×3 feets cavity,” Police informed.

The owners and hotel staff were arrested and the necessary action will be taken, said cops. A case has been registered at the police station under section 294, 308, and 34 of Indian Penal Code and relevant sections of Bombay police act. 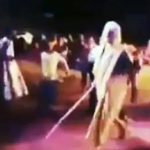 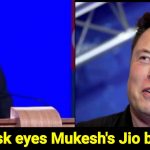