Former Indian cricketer Virender Sehwag who used to entertain his fans during his heydays is now quite active on social media. Every time, he posts a tweet, it becomes a sensation. His tweets get instant reactions in just a matter of seconds and they are bound to go viral all over the internet circle as well.

Recently, Sehwag took to social media to share another hilarious video. In the clipping, an old man can be seen shaking a leg in a party, dancing like nobody is watching. His moves are interrupted as his wife appears out of nowhere and chases him with a cane in her hand. The man disappears in no time.

In the video, the old is seen dancing on DJ. The moment he sees his wife with a lathi (stick) in her hand, he runs away from the party. The wife also runs after him. As soon as Virender Sehwag shared this hilarious video, it became viral on Instagram like wildfire.

Earlier, Sehwag, who closely followed the Border-Gavaskar Trophy between India and Australia, lauded India’s youngsters in a series of tweets.

The Nawab of Nazafgarh took to social media to share the video where India’s rising left-arm pacer T Natarajan received a grand reception after he returned to India.

“Swagat nahi karoge? This is India. Here cricket is not just a game. It is so much more. Natarajan getting a grand welcome upon his arrival at his Chinnappampatti village in Salem district. What an incredible story. #Cricket,” Sehwag had tweeted.

Natarajan had a dream run Down Under where he got to make his debut in all three formats of the game. The left-arm pacer had impressed while playing for the Sunrisers Hyderabad (SRH) in Indian Premier League (IPL) 2020.

Sehwag also lauded young wicketkeeper-batsman Rishabh Pant – who took the attack to the Aussies on the final day of the 4th Test – where he scored an unbeaten 89 runs to help India hand Tim Paine & Co. their first loss at the Gabba in 32 years.

“Kyun nahin, @RishabhPant17 . This series win is the kind of victory which one doesn’t get to see in generations . Nothing else matters. Is jeet ki khushi saalon tak manayi jaani chahiye . 19 January Fateh . Jai Bharat,” he wrote. 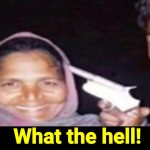 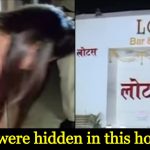