Bollywood and Bollywood celebrities are idolised in India. This is why a number of actors have formed their own production companies. Shah Rukh Khan’s large production company, Red Chillies Entertainment, which he co-owns with his spouse Gauri Khan, is well-known.

However, He is not the only one who has discovered a way to supplement his income by investing in the movie industry or even starting his own line of products. Consider Priyanka Chopra Jonas’ new Anomaly Haircare collection.

Sticking with the previous source of income, take a look at a list of Bollywood stars who own multi-billion-dollar production companies, as well as some of the biggest films they’ve made so far. Here, in this article, we bring you a list of a few production houses started by our Bollywood actors. Have a look.

In the year 2002, Bollywood’s King Khan established his production firm. Red Chillies Entertainment is a significant film and visual effects studio in the country, as well as a distribution firm. Om Shanti Om, Ra One, Chennai Express, Happy New Year, and Dear Zindagi are just a few of this production house’s top-grossing films.

One of the greatest projects in the Bollywood industry is Akshay Kumar’s production company, Hari Om Entertainment Company. Cape Of Good Hope and Grazing Goat Films are two of the productions produced by the production business. OMG – Oh My God! was the first film made by the company, which was founded in 2008.

In 2015, Priyanka Chopra  Jonas founded this production company with her mother, Dr. Madhu Chopra. The film has produced various Indian regional language films, including the Marathi comedy-drama Ventilator and  The Sky Is Pink.

In the year 1999, Aamir Khan established his Mumbai-based production firm. Delhi Belly, Dhobi Ghat, Dangal, Lagaan, and many other films have been produced by the studio, including the upcoming Laal Singh Chaddha.

In October 2013, Anushka Sharma and her brother Karnesh Sharma founded this production firm. With films and series like Bulbbul and Paatal Lok, her production firm has taken the OTT platforms by storm.

Ajay Devgn created Ajay Devgn Ffilms (ADFL) in Mumbai in the year 2000. Raju Chacha, Son of Sardaar, and Singham Returns are among the films he has produced.

Farhan Akhtar and Ritesh Sidhwani started Excel Entertainment in 1999. Dil Chahta Hai, Lakshya, Talaash, Zindagi Na Milegi Dobara, and Gully Boy are some of the films produced by this firm.

In the year 2008, John Abraham started JA Entertainment. Vicky Donor was the first film produced by this production business, and it gave Ayushmann Khurrana his big break. 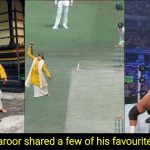 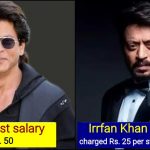