When Kerala’s Hon’ble Governor Arif Mohammad Khan defended the CAA (Citizenship Amendment Act) during his speech at the 80th convention of IHC (Indian History Congress) at Kannur, it riled the infamous leftist historian – 88 years old Irfan Habib so much, that he got up and disrupted the Governor, forcing him to stop. This unruly behavior has brought him into the limelight again.

Grandson of Mohammad Naseem – a barrister and leader of the Congress Party, and son Communist Party ideologue Mohammad Habib, Mr Irfan has made no bones about his dislike for Hinduism. Currently working as Professor Emeritus in the history department of AMU (Aligarh Muslim University) , his biasness and hatred have ensured time and again, that he has had to take assistance of lies to defend his point.

The latest incident being the one, that happened at the IHC. Meanwhile videos, circulating on the internet and social media prove beyond doubt that Mr Irfan forced the Hon’ble Governor to stop his speech abruptly, the former is blatantly denying the accusation. On the contrary, he is defending his action as an act of protest against the CAA and the NRC. He got trolled on social media for the very naive attitude. However, this is not the first time that the ‘leftist’ historian is ‘lying’.

In fact, he must be held responsible for lying about the CAA itself. The law which enables fast tracking citizenship to Hindus, Sikhs, Buddhists, Jains, Parsis and Christians who came to India on or before 31st December 2014, from Pakistan, Bangladesh and Afghanistan escaping religious persecution in these 3 ‘islamic’ countries, was portrayed by him as part of a “Hindu Rashtra project”. Even though, the law doesn’t impact citizenship of any Indian national, neither does it allow lone Hindus to the country.

Being educated enough to understand the CAA, this misinterpretation is surely a deliberate attempt to mislead his followers. It however appears that Mr Irfan cannot help it. He termed the 9th November 2019 judgement on Ram Mandir by the Hon’ble constitutional bench of the Supreme Court as “a piece of judicial fancy”, while it was based on a report submitted by the ASI (Archeological Survey of India) conducted in 2003, which has been discussed in detail in this article.

Based on these 3 very recent examples, it can be concluded that Mr Irfan Habib might be a renowned historian, but certainly not a ‘credible’ one. 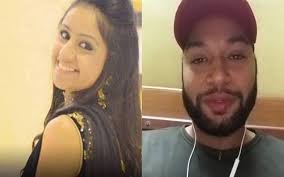 3 men who committed suicide after false rape threats against them, full details inside.