Dog bites rapist and takes a stab, saves woman from a molester

In a heroic act, a 29-year-old woman was rescued by a stray dog when a man allegedly sneaked into her house and molested her. The incident took place on Sunday afternoon in Chhola area where the accused who was under the influence of alcohol broke into the victim’s house around 3 pm, as reported by TOI.

As per the reports, the stray dog that was lying in a corner of a room wherein the woman was resting when the shocking incident happened. The stray dog by the name of ‘Sheru’ sprung into action and assaulted the accused when he heard the woman’s scream for help when she was being molested.

The dog’s attack shooed the man away but in the process, unfortunately, the dog was stabbed with a knife. The wrongdoer fled the scene after stabbing the dog.

The Chhola Police filed a case against the accused and started investigation process. SHO Chhola Radheyshyam Raigar said the complainant including her husband stay in a residential Colony in Chhola area and that the accused identified as Sunil a resident in the neighbourhood molested her.

“A stray dog lives in the street where her house is located and is fed regularly,” said the SHO.

A dog is a faithful animal and we just can’t figure out how much love dog has for us. It is the only living being that loves you more than it loves himself. That’s the beauty of it. A dog is the most loyal animal, especially to human beings. They don’t talk but they understand people completely based on the body language and their behaviours.

It was the dog that sprung into action to rescue the 14-year-old girl in Madhya Pradesh from being raped when no one else was there. The incident happened in MP’s Sagar where a girl was chased by two men. Seeing this, the girl’s pet dog came sprinting and bit one of the accused who was pinning her down.

The accused was later arrested and put behind the bars. This happened when the girl was out of the home as she was on her way to meet her grandmother. But little did she know that she would forcefully be picked by the accused Reshu Ahirwar and his friend Puneet who took her to an unoccupied place with an intent to molest her.

In a gut-wrenching incident, a pet dog passed away in Thanjavur, Tamil Nadu after it was bitten by a venomous snake while trying to protect its owner.

The heartbreaking incident took place when the owner was out on a usual morning walk to his agricultural fields.

The farmer, 50-year-old Natarajan is a resident of Nadu street in Vengarayankudikadu, Thanjavur district.

“Puppy was with me during my morning walk on Saturday, when I noticed a five feet long cobra in the bunds crawling towards me.

I froze at the sight of the snake and my pet dog began barking at the reptile. I took a step back and the snake tried to attack me and the puppy pounced on it in order to protect me,” Natarajan told TOI.

The farmer also added that he carried puppy all the way back home where the dog’s condition got from bad to worse.

Max, a 17-year-old Blue Heeler dog from Queensland, Australia has been the talk of the town for spending more than 15 hours in rugged bushland in the rain with a lost three-year-old child named Aurora.

The dog is deaf and partially blind and still, it managed to draw the attention of the world media after leading the team rescuers to the pace where a girl was stuck. Max got tonnes of praises from every snippet of the world.

Aurora (the child) was reported missing around 3 pm on Friday after she strolled off on her own. According to the ABC News website, Her family started looking for her in rural areas but unfortunately, they couldn’t find her. The investigation process began with more than 100 State Emergency Service volunteers, police and members of the public on the next day itself.

Aurora’s grandmother, Leisa Bennett said she heard Aurora’s voice from the top of the mountain on Saturday and headed toward it, where she found the loyal dog- Max. The dog then led the grandmother straight to the lost three-year-old girl. “I shot up the mountain … and when I got to the top, the dog came to me and led me straight to her,” Bennett said to ABC..

Queensland Police was totally impressed by Max’s heroics. Max was credited with the title of an honorary police dog for his heroic act. Aurora was spotted at around 8 am Saturday morning about 1.2 miles away from her house. It is learnt that the little girl suffered minor cuts and abrasions.

“The area around the house is quite mountainous and is very inhospitable terrain to go walking in, so she’d travelled quite a distance with her dog that was quite loyal to her. With the weather last night it’s quite lucky she is well because it was cold, it was cold and raining,” SES area controller Ian Phipps told ABC.net.au.

Aurora’s grandmother was blissfully pleased as well as emotional when Aurora was found on Saturday morning when she had gone missing Friday night. “I think [Aurora] was a bit overwhelmed by the tears and the howling, but I explained to her how happy those tears were. It could have gone any of 100 ways, but she’s here, she’s alive, she’s well and it’s a great outcome for our family,” she said.

Humans may be selfish, jealous but dogs are truly not. From what we can come to a firm conclusion is that dogs give their heart out for you no matter what. In today’s world, lots of unwanted things are going around with many of the people often find themselves in cheating and betraying others but one must realise that animals never betray your love. That’s the best message, a dog can teach human beings. 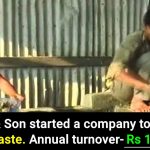 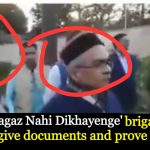