Apart from these killings, he is also polluting the environment by making the planet a complete mess despite barring little positives. Humans are incurring huge losses when it comes to discarding the usage of plastic.

The plastic-ban campaigns are even failing miserably in our day-to-day lives. Though people encourage home gardens, eco-friendly bags and recyclable products, but as far as the plastic bottles are concerned, it still continues to be around us in large numbers.

As plastic pollution has wreaked havoc across the entire globe, father-son duo from Imphal in Manipur, chose to educate people about the need to recycle, conserve and preserve. Sagolband Sadokpam Leikai in Manipur’s Imphal district, where a productive recycling programme is being chaired by Sadokpam Itombi Singh and his father Sadokpam Gunakanta.

Conventional plastics take over 500 years to break down after sitting on soil and we have already messed it up by littering all kind of plastic waste. It is no doubt that plastic waste is harmful to all life forms on Earth.

Sadly, tonnes of garbage is generated regularly in our country and the process becomes even tougher as far as disposing of the plastics is concerned. When cities expand, our dump yards also expand and with no option left, humans are targeting forest by throwing all the plastic waste there. Animals do not leave trash but humans do. 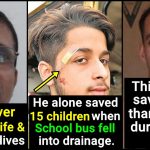 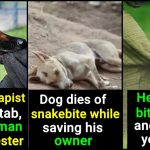