Sven Stoffels who is primarily an animator and illustrator has worked with companies such as Comedy Central and CollegeHumor. He is now being ripped apart for his racist act after he had released an offensive cartoon sexualizing Asian women and linking them to the ongoing coronavirus pandemic.

Stoffels, who plied his trade as an animator for the Comedy Central show, “TripTank”, as well as an animation director for the CollegeHumor Originals series, “Infinity War of Infinite Avengers” had posted the video to Twitter on April 22 and since then it received criticism from all quarters.

It shows a cartoon version of a Chinese woman, dancing to traditional Chinese music in her undergarments.

The second scene depicted in the video shows the cartoon character where she holds a pangolin in her hand, an animal believed to carry a virus related to the one causing the coronavirus pandemic as per BBC.

The cartoon is depicted kissing a bat, an animal believed to be strongly linked to the spread of COVID-19. At last, there is a video clip of the character’s face with bugs including a frog leg, as well as, fishtail coming out of its mouth.

Stoffels put a caption along with the video. The caption reads: “Corona ChingChan does a ‘lil dance for us. #corona #covid19 #chinesevirus”.

His post drew immense criticism, with many people talking about racism and fetishization of Asian women.

Just a day after posting the video clip, Stoffels responded to the immense criticism with a picture of a quote about the freedom of expression by the Chinese writer, Liu Xiaobo to justify his racism.

Annoyed by this, several Instagram users reported the video so that the video would be removed for breaching community standards. However, the micro-blogging social media platform has allegedly ignored to remove it from its platform as it doesn’t violate their community guidelines. 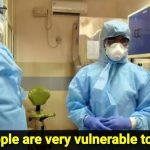 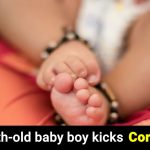