Ajaz Khan who has quite often been in news for making controversial statements has now been arrested by the police on the account of sharing a controversial video. It has been learnt that the video caused massive violence on social media.

Well, this is not the first time that Ajaz Khan has been arrested. Last year, he was detained by Navi Mumbai’s Anti-Narcotics Cell for possession of drugs. Even in 2016, he was arrested for ‘sending obscene pictures and messages’ to a hair-stylist.

Ajaz Khan made a TikTok video in which he was seen mocking the Mumbai Police department was filing First Information Report (FIR) against social media influencers. Mumbai Police filed FIR for uploading videos on TikTok that stirred violence as revenge for Tabrez Ansari.

“You may have killed that innocent Tabrez Ansari, but tomorrow if his son takes revenge, do not say that all Muslims are terrorists,” the video claimed.

Recently, Ajaz Khan had also made hit the headlines for threatening Payal Rohatgi that one day the whole nation will become Muslim. He had also called her a C-grade actress. 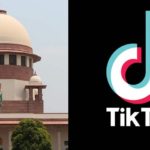 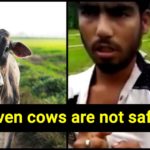