We are all so occupied with our lives that we barely pay attention to people or things but this man named Adarsh Shrivastava and his attentive nature saved the lives of 26 innocent girls who were being human trafficked.

Adarsh was travelling in the Muzaffarpur-Bandra Awadh Express on July 5 when he noticed a group of 26 girls looking nervous and scared in the train. He immediately created a Twitter account so he could inform the Railways authorities about the distressed girls.

This is what Adarsh tweeted:

I am traveling in Avadh express(19040). in s5. in my coach their are 25 girls all are juvenile some of them are crying and all feeling unsecure.@RailMinIndia @PiyushGoyal @PMOIndia @PiyushGoyalOffc @narendramodi @manojsinhabjp @yogi

As per reports, the minute officials in Varanasi and Lucknow saw the tweet, they swung in action and started investigating the matter. This is what the investigating reports stated about the entire matter:

“26 girls were found with two men, aged 22 and 55 years. All of them are from West Champaran in Bihar. The girls were being taken from Narkatikyaganj to Idgah. When questioned, the girls were unable to answer anything convincingly, so they have been handed over to the child welfare committee.”

In June 2018, an awareness programme was launched about the number of vulnerable children coming in contact with the Railways as passengers or abandoned, trafficked, runaway children separated from their families. During the launch of the campaign, Ashwani Lohani who is the Chairman of the Railway board made the following statement:

“This campaign has been launched to address the issue of protection of Children across the entire railway system and to sensitise all stakeholders, passengers, vendors, porters. Currently, the Standard Operating Procedure (SOP) for Railways to ensure Care and Protection of Children in contact with Railways is successfully implemented at 88 stations. Now, we intend to implement in 174 stations.”

The appreciate the initiative and salute Adarsh who’s swift actions and alert instincts saved the lives of these 26 young girls who are now in safe hands. 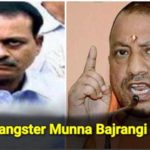 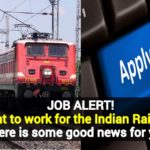