Everyone loves to take a bite at street food because it tastes good. But we might not have any idea as to how the vendors are mixing it behind the scenes to bring spice to the flavour. Eating street food is harmful to health.

The street delicacy named ‘Kaka Biryani’ or crow meat Biryani has been around in Tamil Nadu for a long time now.

In Rameswaram, two people have been detained by the police for selling crow meat to street-side stalls under the guise of selling chicken meat.

As per the reports, this local business was reported by pilgrims of a local temple who had observed that crows kept decreasing in number day by day and also kept dying when they were fed the rice that devotees offer at the temple.

After further investigation, it was learnt that crows in the area were being fed liquor-laced rice by poachers and stuffed in a sack until they became unconscious.

It has been said that men were selling the crow meat as a cheap replacement for roadside foods and Police are now tracking down the stalls that sold the meat.

As per the cops, the stalls mix the crow meat with chicken before selling it to roadside eateries. 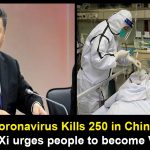 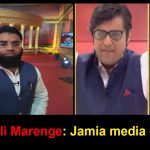