Meanwhile, the Mahindra Group Chairperson Anand Mahindra spoke about the Hazaribagh incident where a pregnant woman was run over and crushed to demise allegedly by a loan recovery agent from Mahindra Finance.

The incident took place in Jharkhand’s Hazaribag district on September 15. The 27-year-old woman was protesting against the confiscation of her family’s tractor over loan dues. The deceased lady’s father apparently borrowed INR 1.3 lakh from Mahindra Finance to afford a tractor.

Since he was not able to pay the amount back, a loan recovery agent forcefully seized the tractor despite the farmer’s pleas. Meanwhile, his pregnant daughter, who attempted to intervene was reportedly crushed under the tractor’s wheels.

Meanwhile, Anish Shah, managing director and chief executive officer of Mahindra Group, added in a statement that the organization will review the practice of “using third-party collection agencies that have been in existence.”

“We are deeply saddened and disturbed by the Hazaribagh incident. A human tragedy has occurred. We will investigate this incident from all aspects and will also undertake an examination of the practice of using third-party collection agencies that have been in existence. We will extend all possible support to the authorities during the investigation into this tragic incident, and above all, we stand with the family in this moment of grief,” Dr Anish Shah wrote.

Meanwhile, Anand Mahindra who came across the incident took to Twitter and wrote, “This is a terrible tragedy. I strongly support Anish Shah’s statement. Our hearts go out to the family in this time of grief,” he wrote. Save More by Using an Insurance Premium Calculator. Know How 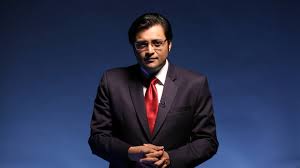