She has often silenced her haters with mouth-shutting replies. This time too, she silenced the trolls that commented on her latest bikini picture.

Not a long ago, she took to her official Instagram handle to share a captivating throwback picture where she can be seen sitting alone at a seashore. The Bollywood actress has also mentioned in her post that the image is from her Mexican vacation.

As per the picture, she was clad in a red coloured bikini. She looked gorgeous in the throwback picture. She shared the image along with the caption. “Good morning friends, one of the most exciting places that I visited in my life in Mexico, a beautiful but unpredictable place, here’s a picture from Tulum a little island in Mexico,” she wrote.

The picture went viral on social media in no time. Meanwhile, netizens expressed their own opinions on Twitter. The picture received negative response as the actress suffered the wrath of Indians on the micro-blogging Twitter platform.

One of the users wrote: “When you have no intellect or anything to impress, What you do? Resort to vulgar display of skin.”

Some hours later after sharing her bikini picture, the Bollywood actress shared yet another picture of herself with a strong message. She wrote a message in Hindi as she launched a scathing attack on the netizens who trolled her.

Translation:- “Seeing my bikini picture, some people are giving me the lecture of Dharma and Sanatan. What will happen to you if Goddess Bhairavi come at you with her hair loose, without clothes, drinking blood? You will be scared. And call yourself a devotee? Don’t pretend to be authority on religion…. Jai Shri Ram” 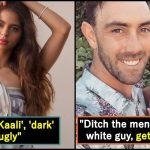 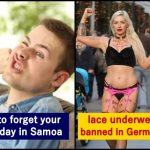