The actress became emotional when the High Court reprimanded BMC for demanding more time to file an affidavit in the case. The BMC officer Bhagyavant Late, who carried out the demolition on September 9, asked for more time to file an affidavit. This irked the Division bench of Justice SJ Kathawalla and Justice RI Chagla said that you demolished her office very quickly, why delay in response? He stated, “We cannot leave the partly demolished house the way it is. We will start hearing the petitioner tomorrow, you need more time here but otherwise, you are very fast.”

Taking to Twitter, Kangana Ranaut wrote, “Honorable Judge of the High Court, it brought tears to my eyes. My house is really falling apart in the rain of Mumbai. The sympathy with which you thought about my broken home means a lot to me. The wound on my heart is full. Thank you for giving back what I lost”.

The court presided by a bench of Justices S J Kathawalla and R I Chagla, admonished BMC H-Ward officer Bhagyawant Lote for his failure to file a response to the actors’ plea by commenting that he should be as quick in his actions as he had been while signing off on property demolition papers. The High Court stated that the demolished office cannot be left as it is due to monsoon and that a prompt decision needs to be taken.

Even though the High Court granted more time to both parties, Sanjay Raut could not file his response as he is in Delhi for the Parliament’s Monsoon Session and Bhagyawant Lote, who had signed the demolition notice served to Ranaut on September 7, also failed to submit his response to the court. The hearing was adjourned to Friday, September 25.

The ‘Queen’ actress filed a plea in the High Court on September 9, seeking that the court declares the demolition of a part of her bungalow in Pali Hill area here by the BMC as ‘illegal’. She subsequently amended her plea to demand Rs 2 crore as damages from the civic body and its officials for the demolition. 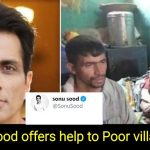 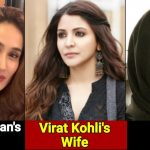