Kangana Ranaut has proved us time and time again that she is the real QUEEN of Bollywood. There are several actresses in Bollywood but only Kangana had the guts to make bold and fearless statements.

Meanwhile, the Bollywood actress launched a scathing attack on Samajwadi Party MP and actress Jaya Bachchan for her “jis thaali me khate hain, usi me ched karte hain” comments in Parliament on Tuesday.

Ranaut took to her official Twitter handle and then asked Jaya Bachchan which ‘thali’ was given by the veteran actress and the industry.

“One thali was given in which a role for two minutes, item numbers and a romantic scene, that too after sleeping with the hero,” claimed Kangana Ranaut.

She further added “I taught feminism to this industry. I decorated the thali with patriotic and women-centric movies. This is my thali, not yours Jaya ji,” added the National Award-winning actress.

Ranaut criticised Jaya Bachchan when she asked whether her opinion would change if her children were involved. 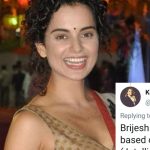 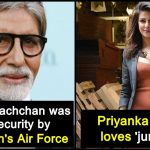