National Award winning actress Kangana Ranaut has proved us time and time again that she is the real QUEEN of Bollywood. There are several actresses in Bollywood but only Kangana gave bold and fearless statements and only she had the guts to say this.

Kangana Ranaut in an exclusive interview with Republic Media Network’s Editor-in-Chief Arnab Goswami alleged that she was threatened by producer-director Aditya Chopra when she refused to work in Salman Khan-starrer ‘Sultan’. “When I said NO for Sultan, Aditya Chopra told me that he will never work with me,” Kangana claimed.

In an interview on ‘The Nation Wants To Know’, Kangana who slammed Bollywood’s mafia for promoting nepotism in the film industry claimed that the reason she knows the ‘internal workings of this industry is only through her own experience.’ She revealed that she did not want to work with Khans after delivering a blockbuster on her own. And to this, Aditya Chopra apparently told her that, ‘You are finished’.

“The director came to my house and narrated the script. I had a meeting with Aditya Chopra… just so that I could express my apologies in person and he was fine at the time. But later a news piece came out saying ‘Kangana said No to Sultan’. And then he messaged me, ‘How dare you?! You say No to me’. And then he told me, ‘You are finished’,” Kangana said.

Bollywood ‘Queen’ Kangana Ranaut lashed out at Bollywood Mafia for sabotaging Sushant Singh Rajput’s career. She had questioned why Sushant Singh movies were not acknowledged at award shows. 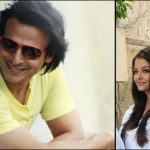 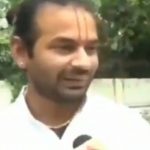