National Award winning actor Kangana Ranaut has proved us time and time again that she is the real QUEEN of Bollywood. There are several actresses in Bollywood but only Kangana raises her voice against injustice and only she has the guts to mess with Bollywood Mafia.

Kangana Ranaut, who has always been extremely vocal about the issue, has once again slammed Bollywood’s mafia for promoting nepotism in the film industry. Bollywood ‘Queen’ Kangana Ranaut lashed out at Bollywood Mafia for sabotaging Sushant Singh Rajput’s career. She had questioned why Sushant Singh movies were not acknowledged at award shows.

On the contrary, talented ones are struggling to set their feet. However, Kangana Ranaut defeated nepotism and made it big in Bollywood. She always speaks the truth and takes stands on issues that matter. She has also fought with the big stars of the industry, singlehandedly.

Earlier, when Kangana was asked why she did not get support from Bollywood industry during the promotion of Manikarnika, she said, “How will it benefit me? I’ve already won 3-4 national awards. At the age of 31, I am a filmmaker. Khud ko he promote kar le bohot badi baat hai (it would be a big deal if they can promote themselves).”

“Is Rani of Jhansi my aunt? She’s as much mine as she’s yours. Then why are these people scared? They are worried just because I spoke on nepotism? They have formed a gang: ‘Why did she speak on nepotism?”, she added.

She went on to say, “They have all gathered together, like a classroom where 59 have ganged up against one, trying to bully one. How will you feel if someone did that? Aren’t they ashamed? Some of them are my grandfather’s age.  “They are after me. Don’t they feel ashamed that it’s not about me. I don’t even want to work with them and I’ve said that often.”

“What Bollywood is doing, the planning and plotting, one thing is for sure, earlier I used to call them out for sexism, nepotism or pay disparity, but now I’ll be after them. ‘Inki vaat laga dugi’. I’ll expose each and every one. They have asked for trouble by ganging up against me,” she added. 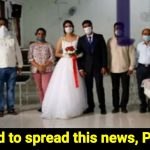 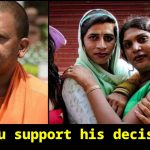