In a good news, the Yogi government in Uttar Pradesh has decided that Sector 50 metro station of Aqua Line (Noida-Greater Noida Line) will be dedicated to the transgender community.

NMRC managing director Ritu Maheshwari said, “The Sector 50 metro station of the NMRC, which would be dedicated to the transgender community will now be called ‘Rainbow’ station.”

Maheshwari said that this initiative has been taken with a view to connecting the transgender community with mainstream sections of society. The station will be available for all commuters, she added.

“This initiative has been taken to uplift and provide employment to the transgender community. Under this initiative, they will be employed for some activities such as ticketing counter and housekeeping,” said the CEO.

“Various NGOs that work for the transgender community are helping in carrying forward the initiative. This comes after we dedicated two stations as pink stations while considering facilities for women,” she added.

Maheswari further said that in order to facilitate the transgenders, the required up-gradations, such as toilet facilities will be made available at the station. All this will be done in the next one month, added Maheshwari. The NMRC has also renamed the station ‘She-Man’ for transgender inclusivity.

In another first, Yogi Govt dedicated two stations as “Pink Stations” ahead of International Women’s Day

Earlier, the Noida Metro Rail Corporation had on March 8 designated Sector-76 and Pari Chowk metro stations on the Aqua line as ‘pink stations’.

Ahead of International Women’s day, NMRC had announced that these metro stations would be commanded by an all-woman staff. Before the official announcement was made on March 8, the two stations were painted pink and all preparations had been complete.

“These stations are women-friendly, They will have facilities like baby-feeding room, diaper-changing facilities and a changing room,” Ritu Maheshwari had announced. 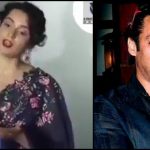 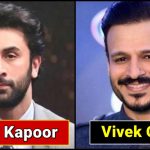