There is no hiding from the fact that Bollywood actress Kangana Ranaut has proved us time and time again that she is the real QUEEN of Bollywood. There are several actresses in Bollywood but only Kangana gave bold and fearless statements and only she had the guts to say this.

Kangana Ranaut has been very vocal about Sushant Singh Rajput’s death case since the very beginning. Starting from igniting the debate of ‘insiders vs outsiders’ in Bollywood to demanding justice for the late actor, the actress has done it all.

Kangana is currently at loggerhead with the Maharashtra government. The tussled turned murkier recently after her office was demolished by BMC. The ‘Queen’ actress was given Y-plus category security by the Centre after Shiv Sena leader Sanjay Raut gave her an open threat to not come back to Mumbai.

Replying to the user identified as Brijesh Kalappa, the actress has said that she will continue to get Y-plus security cover, despite leaving Mumbai on Monday morning.

Taking to her Twitter handle, Kangana wrote, “Brijesh ji security is not given based on what you or I think, IB ( Intelligence Bureau) investigates the threat, based on the threat my security grade is decided, by the grace of God in coming days it might get totally removed or if IB report gets worse they might upgrade.”

Under her new security cover, Kangana is protected by around 10 armed commandos round-the-clock. The ‘Manikarnika’ actress on Monday left for her home state Himachal Pradesh, stating she has been terrorised with “constant attacks and abuses” and declaring that her analogy comparing the city with Pakistan occupied Kashmir was “bang on”. 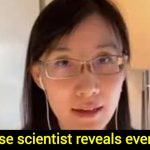 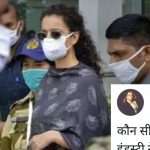