Bollywood actress Kangana Ranaut has been very vocal about Sushant Singh Rajput’s death case since the very beginning. Starting from igniting the debate of ‘insiders vs outsiders’ in Bollywood to demanding justice for the late actor, the actress has done it all.

Kangana is currently at loggerhead with the Maharashtra government. The tussled turned murkier recently after her office was demolished by BMC.

The ‘Queen’ actress has given a surprising reason for not rebuilding her Mumbai office which was vandalised by Shiv Sena-controlled BMC. She said that she is not going to rebuild it but will keep it as a symbol for women’s will that dared to rise.

Taking to Twitter, the ‘Manikarnika’ actress wrote, “I had my office opening on 15th Jan, shortly after corona hit us, like most of us I haven’t worked ever since, don’t have money to renovate it, I will work from those ruins keep that office ravaged as a symbol of a woman’s will that dared to rise in this world.” She added the hashtag, “Kangana vs Uddhav.”

Reportedly, the actress had gone to the office and inspected the damage that had been caused after the demolition. The loss is said to be in crores.

On September 9, after landing in Mumbai, actress Kangana had shared a video in the wake of the demolition of her Mumbai office. In the video, she said that she now understands how Kashmiri Pandits felt after property is vandalised.

Slamming Thackeray in the video, she said in Hindi, “Udhhav Thackeray, do you think that you along with the film mafia broke my house and took big revenge? Today my home is broken, tomorrow your ego will be broken. This is the wheel of time. Remember this. It doesn’t always remain the same. I think you have done me a huge favour because I always knew what the Kashmiri Pandits have gone through, today I felt it.”

She went on to promise to make a film on Kashmir and Ayodhya. 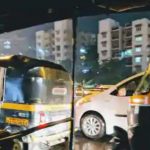 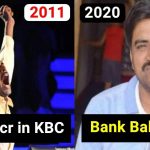