Singh, who hails from Varanasi, is currently being trained to fly IAF’s newest fighter based in Ambala. She will formally join the 17 Golden Arrows Squadron of the Rafales at the Ambala airbase after finishing her conversion training.

Flight Lieutenant Shivangi Singh hails from Varanasi, the Parliamentary constituency of Narendra Modi. Shivangi was inducted into the Indian Air Force in 2017. Since then she has been flying the MiG-21 Bison aircraft. The IAF has 10 women fighter pilots, who have been trained to fly supersonic jets.

Female pilots haven’t received the greatest of encouragements from a very long time not just in India but across the globe, but many have kept trying and succeeded in having a wonderful career in this field.

Flt Lt Singh has gone one step further and is willing to be a part of the Indian Air Force, amongst the elite most pilots in the country. This really is a huge boost for all women in India who wish to become pilots.

IAF is operating its Rafale fighter jets in the Ladakh theatre where the military is on its highest state of alert, amid heightened border tensions with China. IAF’s current fleet of five Rafale fighters is fully operational and ready to undertake any mission, officials said.

She has now become an inspiration for the girls who aspire to touch the sky. Now, many women would like to join the defence force after seeing her as a pilot in the Air Force. Her induction would create many opportunities for girls.

She dreamt of becoming a pilot which has finally come true after her dedication and hard work. she has set an example and has paved the way for many girls who aspire to join Indian Navy. 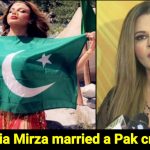 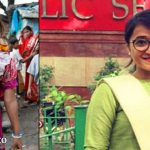